While we’re on my current hyperfixations, here’s another sports title!

I’ve been following Check, Please for a couple of  years, but it’s been occupying a lot of my head space recently because I got gifted with Year One and Year Two. Between re-reading them multiple times over and the latest update, I am dead. THAT LATEST UPDATE OMG BURY ME NOW 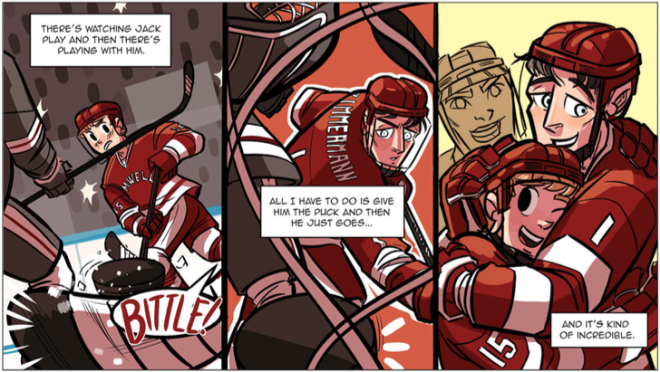 Check, Please is a bi-monthly webcomic by Ngozi Ukazu that follows Eric “Bitty” Bittle — vlogger, baker, former competitive figure skater — as he begins his freshman year on the Samwell University Men’s Hockey team. Each update, or episode, is usually framed as an episode of Bitty’s vlog.

It’s pretty hard not to fall in love with this comic. Check, Please  deals with varsity and college life, as well as heavier themes like mental illness and homophobia, wrapped up in a loveable package that has so, so much heart.

So lovable, you guys. There isn’t a character I dislike. Yes, even Parse. I will fight you on Parse.

I find it hilarious that I never really got the whole sports anime thing when I was younger, and now here I am, obsessed with three sports titles. Basically, what I’m trying to say is, if I suddenly take up ballroom dancing, figure skating, and hockey simultaneously one of these days, it should come as a surprise to no one. 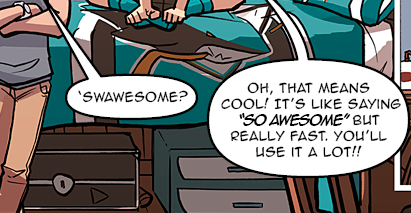