The original plan was for me to finally buy Fables Deluxe Edition Vol. One which featured my favourite James Jean cover to have signed. Then I realised I had miscalculated my funds and was several thousands short of  my budget for my Hongkong trip in March so I asked Julie to have my 1001 Nights of Snowfall signed along with hers instead.

I still went to Bonifacio High Street that day to take pictures though. The least I could do was get a photo of JJ signing my book. 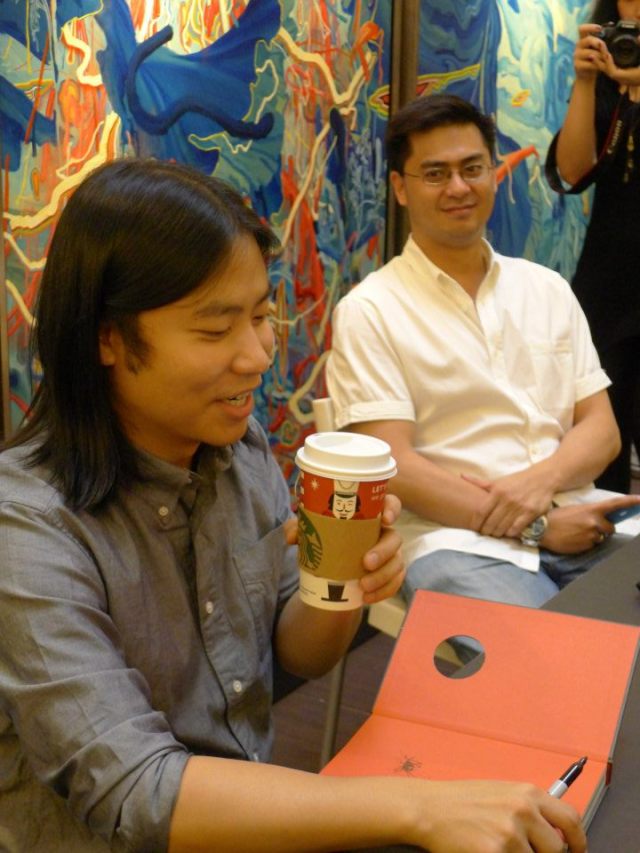 And then Julie’s magical friends with VIP passes, Chi and Spikey,  gave her their other number, and I in turn got Julie’s original number.

I did not think it would be possible for me to be any less cool talking to James Jean than when I tried to strike up a conversation with Neil Gaiman, but I was just a hot mess. I just stood there, doing the world’s best Michael Cera impression. 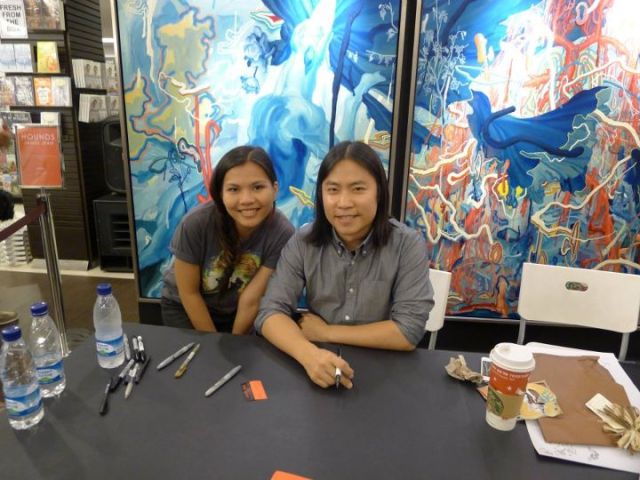 But he was super nice, and I was pleasantly surprised that he still sketched me a little something on my book, despite being 66th in line.

I’m really glad Fully Booked brought him back, since I missed his signing the last time he was here. There are so many more artists I’d love to meet in person, I hope they all eventually make it to Manila too.